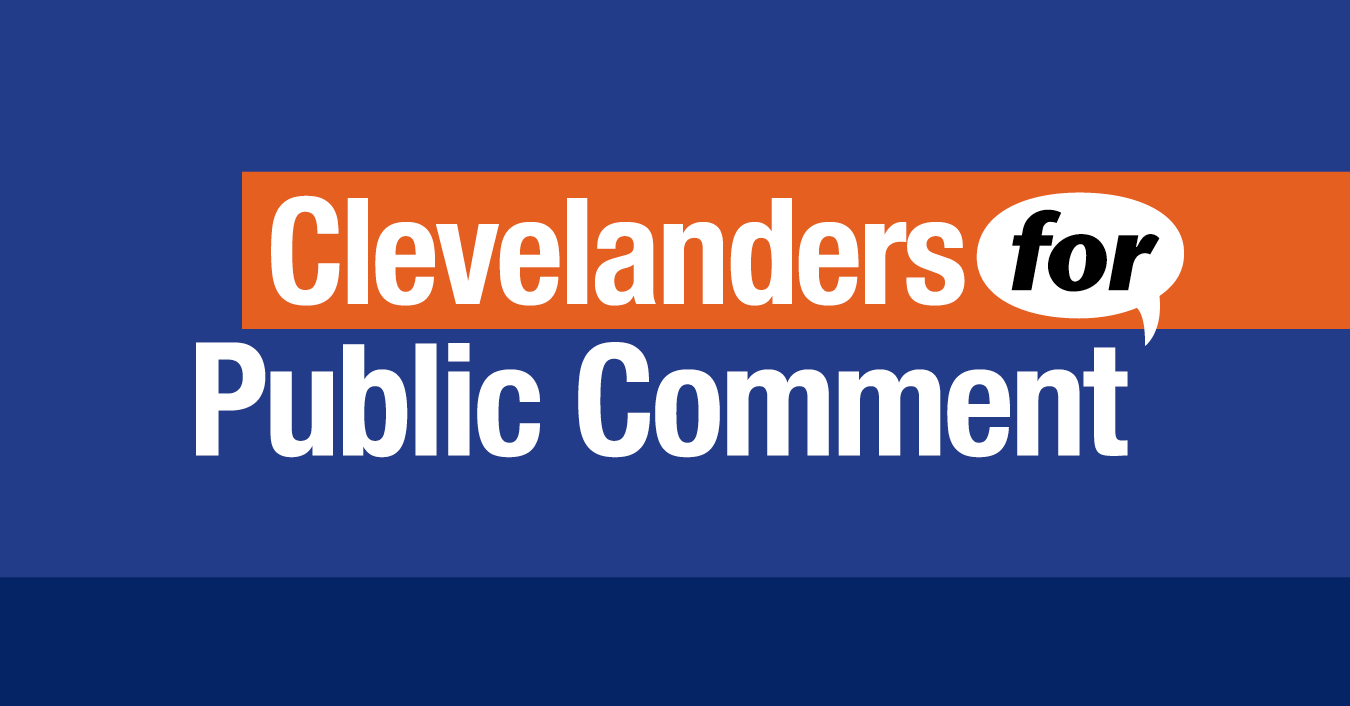 This is a major step forward. An open and transparent government is critical to a robust and durable democracy. We strongly believe that a public comment period will lead to a more engaged public and improved public policy outcomes in Cleveland.

There are some areas that will still require further advocacy in order to get the public comment policy we want for Cleveland. Read more here.

About the Proposed Ordinance

Analysis and Explanation of Proposal